With over 200 customers - incl. some of the world’s leading blue chip organizations – WeDo Technologies has long been recognized as the constant innovator. WeDo Technologies is the global market leader in Revenue Assurance and Fraud Management through Risk Management software solutions worldwide

Four years ago General Motors spelled out how much customers would have to pay to access cellular networks through its new cars.

The 2015 Chevrolet Malibu was to be the first of a fleet of more than 30 GM models that will come with a 4G long term evolution (LTE) connection powered by AT&T. Customers would get either three months or 3 gigabytes of data as part of a free trial, and then take up plans that ranged between $5 and $50.

The vehicle data plans represented a potentially lucrative new business for GM. The automaker hoped connected cars would generate additional service revenue, augmenting its traditional core automotive sales and its separate OnStar monitoring and assistance service. An LTE connection could potentially give it an edge over competitors and increase customer loyalty. It was envisaged the car could act as a Wi-Fi hotspot that could connect up to seven devices.

Roll the clock forward to 2018 and the term “connected car” has taken on a whole new meaning. It’s not concerned with its occupants being connected - it’s all about the car itself. And depending which forecast you believe, those selfish cars are going to consume a mighty swag of data – 25 gigabytes per hour according to one report or a whopping 4,000 gigabytes every eight hours of driving (or 500 gigabytes per hour) from another!

The first question one has to ask is why the heck does a car needs all that data for? Intel says that one reason for the car’s appetite is the hundreds of on-vehicle sensors. Cameras alone will generate 20 to 40 Mbps, and inbuilt radar will generate between 10 and 100 Kbps. Real time maps, accurate to the inch, being constantly updated and using crowd-sharing data will add to the mix. No doubt, insurance companies and police will at some stage request driver behavior data to determine fees and fines.

Secondly, with the introduction of autonomous or self-driving vehicles the occupants will have lots of spare time to catch up on video viewing, social networking, photo posting, etc. all prolific users of data.

Thirdly, and in the not too distant future, cars will communicate machine-to-machine with other vehicles to aid traffic flow and avoid collisions.

Despite the introduction of 5G services it is hard to believe that networks will be able to cope with such a massive influx of data let alone guarantee 100% connectivity, data security and safety against fraud. Who will be responsible if a network failure causes an accident or if a vehicle is compromised by an external hacker and sent on an undesired course?

Companies are lining up offering software, cloud services and platforms to manage what could be a lucrative revenue stream. In some cases, the analytics’ tools will be able to analyse that car data together with vehicle history data and data from third parties like parking providers.

GM said earlier this year that it could make up to $350 million in revenue over the next three years on data from its connected cars. AT&T plans to pool data about driver habits and road information from cars connected to its network to sell back to automakers and dealerships.

So who will actually own all this connected car data? Judging from what we are seeing and hearing it will be a free-for-all and the verification of data integrity and security, and vehicle misuse, may take (excuse the pun) – a back seat. It’s not hard to imagine that the network operators, already proficient in service, business and data assurance might not be best placed to take on the challenge. Or will they sit back happy to garner whatever revenues they can from simply offering carriage of that data?

Let us know your thoughts and please feel free to Contact Us should you have any questions. 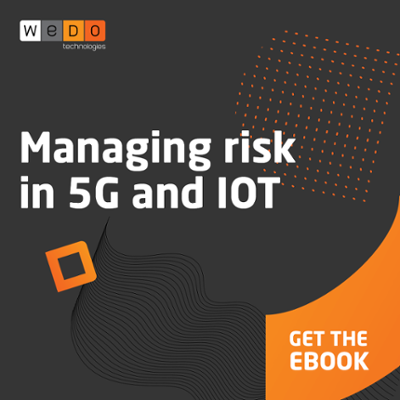 Let Us Know What You Thought about this Post.

As the telecom industry shifts to a more complex infrastructure to support 5G, the need to protect the billions of dolla...

Managing Risk in 5G and IoT

It is not so unusual for us as revenue assurance software vendors to hear that billing and rating validations (BRV) and ...